Hello! I'm Tricia Schneider. I'm a new Diva! Thank you to Tina for inviting me to join Sweet 'N Sexy Divas! I thought I'd start with introducing myself and letting you know some things about me. 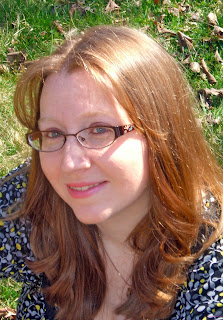 I write paranormal and historical romances. Sometimes a blend of both. From novels to short stories and varying degrees of heat levels. I firmly believe there is a book for everyone. I write mostly about witches, vampires, werewolves, ghosts and the occassional pirate finding their happily-ever-afters.

I worked at Waldenbooks for over a decade. I was a bookseller and Assistant Manager and quite content to climb the corporate ladder until the company went bankrupt and the store closed in 2010. The same year as my 3rd baby (a girl this time!) was born and my first book, The Witch and the Wolf, was published.

I took this as a sign of new beginnings.

For the next several years, I focused on raising my four children and writing in between diaper changes and baseball games. I've juggled and balanced more than I ever thought I could manage and I've gone without sleep for more nights than I thought humanly possible. It's been a journey that is both daunting and rewarding in equal measure.

As a writer, I normally have several projects going at a time. I'll write one story, edit another and work on outlining something else all in one week. Whenever I need to, I'll bounce from one story to the next and back again. This might be a product of too much caffeine and a lack of attention span. Most likely due to constant interruptions from my children. I used to write during nap times, but they quite rudely stopped taking naps as they got older.

My other hobbies include too much television and not enough yarn. I knit and crochet anything I can find on Pinterest while watching my fandom addictions. My typical TV binge line-up includes Supernatural, Doctor Who, The Walking Dead, Sherlock, Dark Shadows, Firefly and Farscape. Currently, my kids and I are alternating between Arrow and The Flash. I've been advised that Stranger Things needs to be added to my growing list.

What else do you need to know about me? Well, I'm an introvert who loves to talk. My favorite color is blue. I'm a Pisces. I love butterflies and my favorite animal is a wolf. I love to travel. I've been to Canada and Germany as well as nearly half of the states in the USA. I'm interested in many different time periods in history, mostly Regency England and Colonial America. I've traced my family tree back to the 15th century Germany. I also volunteer as a graveyard photographer.

I'm avidly interested in the supernatural. I grew up living in my grandmother's haunted house. My family and I had several unexplainable experiences from hearing voices to seeing things that shouldn't be there. I continued experiencing strange events throughout my life, while living with my mother-in-law, and even at my current home. When she was 2, my daughter asked me one day who the man was standing in our kitchen. Being that my daughter and I were alone in the house at the time, that was a difficult question for me to answer, but I'm the friendly type and I asked her to tell the man that he was welcome to join us for breakfast. She also had an imaginary friend named Anna who I suspected was more than imaginary. Sadly, Anna disappeared after my daughter began preschool. However, the remote control for my TV has gone missing recently. My kids blame the ghost. I do have my doubts and if you've seen the state of my kid's bedrooms, you'd understand, but I really can't say for sure.

That's it about me! If you want to know more about me, you can check out my website or my blog. I'm thrilled to join Sweet 'N Sexy Divas and look forward to chatting about books with you! If you're interested, you can check out my new release, Ice Princess, that will be included in Fire & Ice, a collection of supernatural, paranormal and fantasy romances coming this October.

Until next time! Happy Reading! 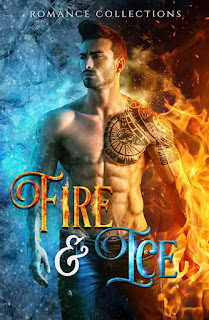 Fire and Ice... they are two of the most powerful elements known to man.

From the tiniest of sparks to a blazing inferno, fire is an intense energy that can consume anything in its path.

Ice is it's unrelenting and frigid counterpart that can startle your senses and make you shiver. When put together, you'll find a force that is stronger than anything you'll ever encounter.

If you love the paranormal and can't get enough of romance, then this set is exactly what you need in your library.

With mythical creatures, vampires, shapeshifters, and supernatural of all kinds, you're sure to find something that will awaken your senses and set your soul on fire as you tremble with delight.


Pre-order your copy today!
Posted by Tricia Schneider at 7:08 AM

Welcome, Tricia! So glad you're here. :)

Like you, I'm an introvert and I love fiction of any kind.

The cover for Fire and Ice is wow!

Looking forward to hearing more about your releases.

HI Tricia. Welcome to the Divas (and at least one Divo(?), right, Tim?) Glad to have you here. I think all authors love to read. Somewhere along the way, we start imagining our own characters, along with those we're reading. Then we take tiny steps by writing, and soon the words are flowing.

I didn't start until all 4 of my kids were in school all day, and the 2 jobs I had were all when husband was home. That gave me some uninterrupted writing time. More power to you, that you're able to squeeze it in! Looking forward to hearing from you once a month.

Thanks, Tina! And thanks again for inviting me to join this amazing group!

Thank you, Fiona! As you know, it's not easy finding time to write with a busy family. And 4 kids definitely keep you busy! My youngest is now in preschool, so I actually have a few hours in the morning for writing. The house is so quiet. It's weird! lol

Hi, Tricia! So nice to meet you.

My bad, Tina! You'd think I'd remember Andrew, since he's the day before me! DUH! And James has been with us the longest, right? Sorry, guys. Chalk it up to beginning of the year busy-ness, which is making me crazy already! And it's only the third week into the school year. I think most of the other subs have quit, since I can't seem to get a rest!