In honor of Pride Month I thought I'd mention some of my favorite LGBT couples. There's no denying a few of these show my age, but still every time they come on my TV screen I get all those wonderful feelings. 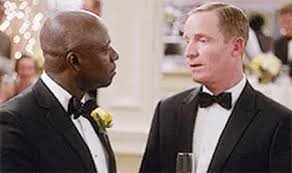 Not only is the love that these two feel for each other always evident when they are on screen together, its their compatibility that really makes me smile. Both of them have such specific feelings that I think most of us would disagree with, from believing chocolate is too flavorful and worshipping classical oboe players. That these two people, that are so similar in their own quirky ways could find each other

makes you believe there really is someone out there for everyone. 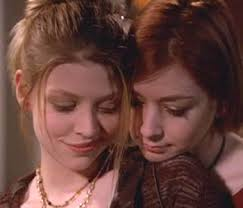 As a child of the 90s, I loved Buffy the Vampire Slayer. I watched it religiously for most of my teen years. Which made Willow and Tara one of the first gay couples I saw on TV. Though their relationship wasn't perfect, and the depiction had some flaws due to the censors of the time, their love and respect for each other is something all couples could aspire to. 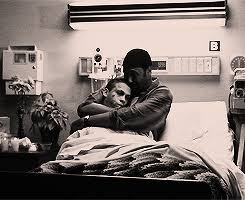 There are very few songs in Rent that don't bring tears to my eyes, but the ones about Collins and Angel definitely create the biggest waterworks. Depicting not only a loving gay couple, but also one struggling with a  HIV positive diagnosis. They way the handle these struggles and show their love and compassion for each other affected my entire generation and I believed changed many minds.

A perfect enemies to lovers story, Clark and Lexa are born on different sides of their people's battles, but the more they come in contact with each other the more the sparks fly. The constant tug of war back and forth between what they want for each other and what they need to do for their people, keeps the temperature always on boiling. There is more heat between these two than many people can handle. But these two can. 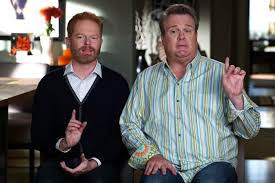 In my opinion, this is one of the most realistic representation of a couple on tv. Not a gay couple. But a couple. Most of the issues and arguments that they have most couples have struggled through in some fashion or another. In some ways they are the most traditional couple and parents on tv. And the way they balance each others bad tendencies and help each other grow always makes my heart pound a little faster.

These are some of my favorite LGBT couples, but this is only the tip of the iceberg. Thankfully there are more and more wonderful couples of all kinds of orientations appearing in movies and on television each year, giving us even more versions of love to pick from. And I can only hope that number continues to grow, and more people can find a reason to feel even more pride to be themselves.

Who are your favorite LGBT couples? Let me know in the comments below.

I love Cam and Mitch - what a perfect couple. :) Gonna miss this show. Hope in the coming days and years everyone chills and lets consenting adults love who they want. It's such an easy and fair concept.

Curse of the Healer - The Warrior Kings book 1

Under a Christmas Moon

Love at the Bluebonnet Inn

It Happened One Winter

Christmas Secrets of the Soho Club

The Gazillionaire and the Virgin

No matter what it takes...she'll get her man.

The Ride Of Her Life - FREE Contemporary Romance

Speed dating sucks, but the ride there can be filled with promise.

A hotter-than-sin reaper. A badass demon. Hell doesn't get hotter than this.

A chance meeting between strangers ...a steamy hook-up that burns the sheets.

Her wishes will leave him breathless...