The Lady Train Coming in January 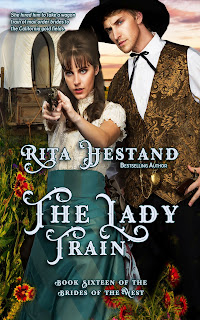 Posted by Redameter at 8:53 PM

Congrats on your newest release, Rita! Love the cover and excerpt. :)