The culture of the ancient Celts and the mist and magic of Wales, Scotland, and Ireland fascinates me. The paranormal beliefs in Celtic mythology inspire me. I've always seen seductive bloodsuckers such as vampires as more feminine than masculine, but in the old horror movies, they are mainly men. Yet Celtic fey vampiric creatuares are all women, which makes more sense to me.

I am intrigued by folk tales of a type of Celtic vampiric fey, the Scottish baobhan sith (baa'-van-shee), who wear green dresses and in some legends have goat hooves for feet. They are also called dancing vampires.

These gorgeous temptresses appear before their human victims, usually young men coming from the local pub late at night. Clad in scanty, green silk dresses emphasizing their shapely, sensuous bodies they entice these stumbling men to dance with them.

Burning with desire for the hot embrace of a seductress's slender arms and the softness of a dancer's supple thigh the men enjoy dancing with the baobhan sith, at first. Once the men grow exhausted of nonstop dancing, the baobhan sith strike. Without warning, their long nails transform into talons of death, to rip the flesh of their victims and drink of the crimson stream. They don't have fangs, their nails extend like claws and they use them as a deadly weapon,

Some other ways Celtic vampires differ from their more traditional fang growing counterparts is they don't turn mortals and no one stakes them through the heart. With the baobhan sith, it's all about the cairn. When a stone in a cairn is overturned, the baobhan sith are able to pass through to our realm. To get rid of them, just stack the stones back on the cairn and they cannnot leave their fey realm underhill.

Dance of the Vampires
"Oh, my, you really need to read this book. It is such a twist on the whole vampire/fae thing you are going to love it." Roxies Romantic Reviews

"More Sexy Fey—Another short story in the world where fey and men collide in passionate ways. I love this series and can't wait to read more!" Lisa's Amazon Review

"Vampires, heat, and a fascinating world--perfect for a short escape into a steamy read!" Amazon reviewer. 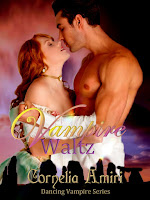 From different worlds, fey and human, her sisters and his brothers threaten at every turn to keep them apart. Charlak and Angus fight for their future and their forbidden love.

The last of the dancing vampire sisters shimmy and sturt their way into belly dancing at a Scottish Steampunk Con. It's all sizzle and steam when they get together with a sexy rock guitarist and a hot looking god at the con. 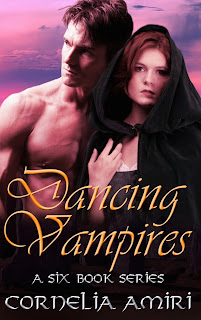 Seven vampiric temptresses dance with seven handsome highlanders. Then they turn on the men.

For more of my Celtic/Romances, please visit me

Posted by cornelia amiri at 2:52 AM

I love your books. Losing myself in these stories makes the world go away. Definitely a good thing. :)

Thank you so much for your kind words, Tina. i appreciate it