Two strong-willed alphas -- fated mates. Who will rescue who?

Two strong-willed alphas - fated mates. Who will rescue who?

Find out in Hunted and Claimed ... OUT NOW!

Or read for #FREE in KindleUnlimited!!!

Please go show this post some love (you know what to do), and one commenter will win a Delta James cheese board, wolf apron and a cookbook. Full details in the post. Go to Giveaway 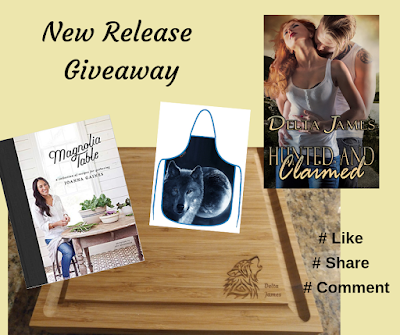