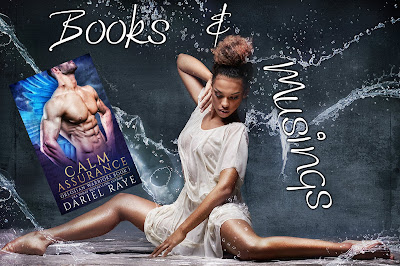 Click here for my weekly Musings and get a free story as a welcome gift!


Quite a bit has happened since my last post here at Sweet 'N Sexy, so allow me to bring you up-to-date :-)

How far would you go to bring your twin’s killer to justice?

No one notices when Brianna Denton goes missing every weekend. With no immediate family or close friends left, being alone is something with which she has become well-acquainted, but when her sister is murdered, she finds herself on a lone mission to identify the killer.

According to the authorities, ‘no body, no case.’ Brianna’s quest to find her sister’s murderer despite the police department’s refusal to help, draws her into a life of drugs, alcohol, and prostitution—the very elements that led her twin to the shadows and rat holes of the underbelly of North Beach.

Drawn into the dark underground society to face Tatianna’s killer, Brianna is about to come face-to-face with her own shocking destiny. As she unearths long-buried secrets, the tight edge of reality comes to light, challenging her tenuous grip on life as she knows it. Finding the answers she seeks could lead her to an even darker place.

Generations ago, he died for her. Now, it’s her turn.

Pride kept them from looking at one another, but their bodies could not lie. Recognition lived in their souls, rekindling memories of passion, love, betrayal….and death.

Apache Elder Aidan Stringfellow, V, is a very wealthy man with one wish – to free his only son, the brilliant, yet abrasive David, from the curse that has plagued his family for generations.  When his controversial plan for a cure is revealed, shock and disbelief are only the beginning, for David has deadly, yet beguiling secrets of his own.

Katala finds herself falling in love with a man whose gaze and touch ignite long-forgotten passion, propelling her to fight for his life. She unearths one devastating clue after another on her winding journey toward the truth, but unseen forces escalate their attack as truth collides with myth. Clinging desperately to her own sanity, she must find a way to reconcile the two, for even her own identity comes into question. Trust no one. Not even David.

Time is running out. Promises will be kept, and if the devil has his way, souls will be claimed.

A gift, a posh bed and breakfast, and a one-night-stand with a hesitant demon on leave from Hell could be just what she needs to save her life.

Can a punishing angel, a magical matchmaker, and a few moments of passion break the chains of Hell?

Kushiel, one of three punishing angels, and warden of a special league of assassins, has many secrets. One of his best kept secrets is an assassin called Hunter.

Deemed too dangerous to live among other wards of third Hell, let alone the general population of humans, Hunter resides in an isolated corridor of Hell. Unlike most of his cellmates, Hunter is allowed short periods above-ground, three-days, to be exact, each time to rectify a horrible wrong, meting out Kushiel’s justice.

Orphaned in her teens, Anitra just wants a normal life - to feel safe - but when dark secrets rise from her past, she escapes to an exclusive resort to get away from it all.
Anitra’s inhibitions take a vacation when she meets Hunter, but can a permanent resident of third Hell be trusted?

Reviewers' Heaven: Multi-genre Reviewer Roundup going on now!
Last week was for novellas, but there's still time to get in on novel week. Books galore with something for every taste! In fact, "Devil's Claim" and "Dark Opius" are both available for review during this event. Join us here.

Wow, you've been busy and these sound GREAT! Can't wait to read. Congrats on your newest releases. :)