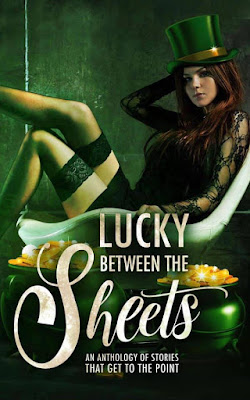 Good Morning everyone! Michele and I have been working on tons of stuff, hence why this post is a little late this morning. lol

Right now, we'd like to introduce you to our newest adventure, Omega Corp. Famished Love is set in London during St. Patrick's day and the week(s) leading up to it. I don't want to say too much about it, just for the simple fact, it's pretty awesome and I want you guys to be surprised.

Anyway, I--we hope you had an amazing St. Patrick's day. We have been tirelessly working on Rapier and I can tell you, we only have two chapters to go. Hopefully, it'll be out by the beginning of summer or sooner...maybe?

Until then, enjoy Famished Love.

Great idea for an antho - LOVE the title and the excerpt. Congrats on your newest release. :)