A Work of Love #SNSD @melissa_keir

A Work of Love

Thank you for stopping by today and visiting. Grab a chair and let's talk. My mother and her parents were big readers. They always had books on the end table, nightstand and in their cars. It was my mom who introduced me to romance novels. I devoured her books and went with her to the used book store where I could pick up more. 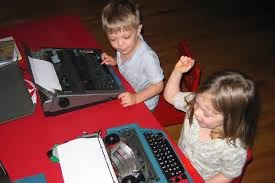 In the early 1980's my mother sat down to write her own romance novel. I recall her sitting at the typewriter, pounding on the keys. Then she sent out the first three chapters to various publishing houses. Large manila envelopes would go out in the mailbox. Those same envelopes would come back with rejections. The big publishing houses weren't interested in publishing no names. They wanted authors who were represented by agents. She kept those letters.

Over time, life got in the way and she put aside her dream of becoming a published author. In 1988, her heart stopped and she was in a coma for seven days. When she came out of the coma (A miracle I share in the book I Believe), her brain was damaged from the lack of oxygen. She passed away in 1998, without ever seeing her dream of becoming an author, come true.

A little over a year ago, my father sold his house and downsized. My sister found my mother's manuscript and I set out to see her dream come true.

Her story was much like the books of the early 80's. There was a great deal of head-hopping and some stereotypes of secondary characters. I worried about how to keep her story intact but also make it updated. Weeks of typing in the typewritten manuscript with her notes. Adding in more dialogue and characters' actions. Selecting a cover and working with an editor...finally her dream was a reality. 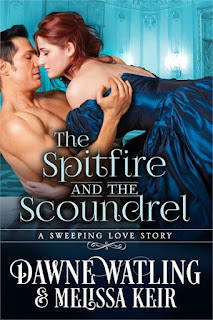 Eighteen-year-old, Andrea “Andy” Lawrence has enjoyed freedom since the death of her mother. Her eyes change color with her moods, especially when her legendary temper sparks. When her father sends her to her aunt and uncle in Richmond to experience big city living, Andrea will need her stubborn determination to navigate backstabbing women and her drunk uncle.

Travis Winfield Scott enjoys his freedom as a rake and scoundrel, charming all the women while investigating which Southern gentlemen are shipping ammunition and stirring up the Native Americans. Settling down is the last thing on his mind until he comes face to face with spirited Andrea Lawrence.

Can Andrea learn to temper her freedom with society’s rules or will she lose the one man who truly understands her heart? Will Travis solve the mystery of who wants to incite the Natives, or will his passion for the spitfire win his heart?

Thank you for stopping by today. I hope you have a wonderful March. 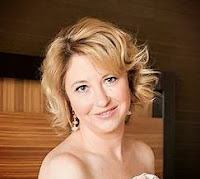 I so admire you publishing this for your mother. It truly is a love story. Hugs, vb

Wow, what a beautiful post, Melissa. It brought tears to my eyes. Your mother sounds like she was a remarkable woman. And you are, too, for helping to bring her dream to fruition.

Thank you Tina. I'm glad I was able to do this. I wish she had been alive to see it.

Thank you Vicki. It was a labor of love for sure!