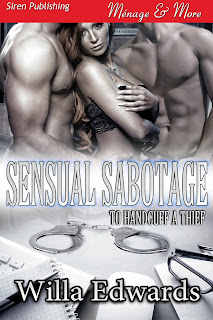 Congrats, Willa, on your latest release.

Personally, I like heroines with an edge. It's delicious when they finally melt in the hero's arms and mellow. Somewhat, that is. :)

I agree with Tina... thank you for the excerpt and lots of success...

Thank you Tina and Jean!