Blogging so close to the fourth of July is a challenge. I value this holiday so
much, a day when our country came together to put in official form the tenets of our democratic beliefs.

I also want to tell the story of John Hart, a signer from New Jersey. Yes, he's a distant ancestor of mine but I can't see that's to my credit. I've never done anything even half as courageous as he did, nor ever will. He was a simple farmer, not well-educated at all, but became esteemed for his honesty and good sense. His neighbors sent him as representative at town councils, and then at state gatherings, and finally as their chosen delegate to the meetings deciding on what to include in the Declaration. He was a farmer with about a dozen children. (Accounts vary, probably due to the high infant mortality rate.) After he signed the Declaration the Redcoats put a price on his head and he escaped into the same New Jersey hills where later the Lindburgh baby's kidnapper fled. He hid out for several years, and when he finally returned he found his wife dead, several children also deceased, and his farm in ruins. The Redcoats had done a systematic job of wrecking it. He never could recover all he had lost.

That's what I think we should remember about the Declaration of Independence. The many brave men who risked all they had and all they were to sign it. They were not all aristocrats as we sometimes think.  But they were dedicated and brave to a point beyond my belief.

I'm so proud of being an American!

Here's my newest cover and a short excerpt. The book is erotica, but this passage is not, so anyone can read it. Erotica didn't seem right for this blog. 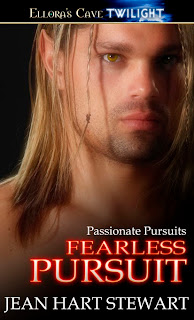 Rurik said nothing for a long quiet spell. His father didn’t press him and they sat in silence. He knew his father wanted him to commit to helping this child. Wanted it badly. But he also knew Vale would never say a chiding word if he decided this whole elf business was just too much for him.


Rurik hesitated. His precious freedom would slip away if he took on the task of trying to help this little girl. Part of him shouted at him to walk away while he could. Go back to his research and his book and finish what he’d started there. Where he knew he could be a success. Maybe he’d try to help his father after that.


And maybe he’d never find the courage to come back.


With a startling clarity Rurik knew he’d reached a critical passage in his life. His next words would determine his future. It all boiled down to one decision. Did he want to be a responsible elf, or did he want to ignore his heritage and forge his own path?


The latter tempted him with a siren’s call that played seductively in his head. He could advance to the top in his own field. Even if he helped his father now, he’d be forever a second rate elf. He could never compare to others in his illustrious family.


Rurik closed his eyes for a brief moment. Mary Beth’s face flashed into his mind, smiling slightly as she’d won the second checkers’ game.  Actually he’d had a bit of trouble with all the games. She was a first rate player, but that was beside the point. What mattered was she responded to no one but him. She’d disappear back into her shell if he didn’t appear tomorrow. She might never give anyone else the chance to discover her secrets and let her out of her cage of silence.


He thought suddenly of how he’d known how to reach her with his checkers challenge. That had not been his brilliance. He’d never planned what to say. Something or someone had guided his every word to her. He’d opened his mouth and the words poured out, with no thought at all on his part. He knew what that meant.


He sighed again. Damn it all, he was somewhat of a true elf. A flawed one, compared to his father, but still an elf.


You can find me at all the usual places, Ellora's Cave, Facebook, Twitter, RB4us blog,
and of course here. Would love to have you comment!
Posted by jean hart stewart at 4:30 AM

Thanks, Tina. I get so
excited when a new books is coming out!

I get excited about new books also! It's like having a baby, only no physical pain...just the emotional roller-coaster of wondering how it will be received, will it be ignored, will it get any reviews...etc. Congrats on the new release!

Thanks, Fiona. Being an author is truly a roller-coaster, as you so wisely said.

Thanks for the tidbit...sounds marvelous!